I am a Liber Ero Postdoctoral Research Fellow in the Changing Oceans Research Unit, Institute for the Oceans and Fisheries, University of British Columbia and an Associate Editor for NeoBiota, a peer-reviewed, open access, online journal on biological invasions. My current research focuses on the responses of invasive species to climate change in our oceans globally. I am also assessing the risks caused by marine invasive species in the three oceans surrounding Canada under various climate change scenarios. I aim to identify strategies to help Canadian coastal communities monitor, manage and/or adapt to these threats. Another current project of mine involves working with a team of academics, government and non-governmental organizations, and indigenous groups to develop a framework to put Canada's ocean economy on the path to net-zero emissions by 2050. This latter project involves looking at carbon emissions from marine industries as well as ways that the oceans can help offset these emissions through measures like marine renewable energies, blue carbon schemes, and carbon capture and storage methods, etc. Previously, I was a Bullitt Environmental Fellow and postdoctoral researcher at Simon Fraser University where I reconstructed the sponge fishery of The Bahamas over the past 180 years and conducted marine invasive species risk analyses for the Caribbean.

I have over 10 years of experience researching various aspects of biological invasions, coral reef ecology, and tropical fisheries. I have published several studies on the Indo-Pacific lionfish invasion of the Caribbean and on unreported fisheries catches, particularly as it pertains to recreational fishing. I have received numerous awards, including the 2018 Bullitt Environmental Prize, a graduate scholarship from the Organization of American States, and a professional development grant from the Society for Conservation Biology, Latin America and Caribbean Section. I have headed two Global Environment Facility/United Nations Environment Programme (GEF/UNEP) funded projects on marine invasive species in the Caribbean. 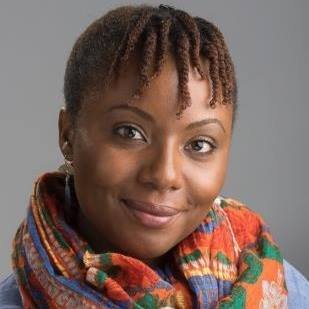